Mandelj Metal Fabrication boasts a very long tradition. The Mandelj family started their blacksmithing business 400 years ago in the town of Šmartno pri Litiji. In the middle of the 19th century, Matija Mandelj moved to the town of Sotle pri Mirni, where he continued the family tradition as a blacksmith. Later on, his sons and grandsons learned the trade and took over. In 1946, Matija’s grandson Jože Mandelj moved to the village of Zagozd – Dole pri Litiji, where he built a smithy and kept the family tradition alive until his retirement.

Several workers, including his own sons, learned the trade at his smithy. After his retirement in 1981 his son Danijel took over. Due to changes in the market and differences in demand the traditional blacksmith business evolved into a metal fabrication company with a vast range of metal processing and metal working services. Since then, the company has continued its modernization process. Three generations later, the family is still proudly involved in the business and its evolution. 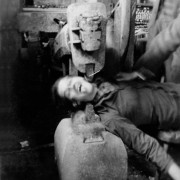 Hard work has always been accompanied by good humour in our family business. (Photo of Jože Mandelj) 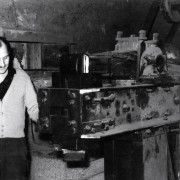 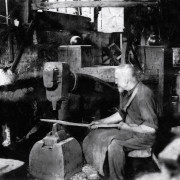 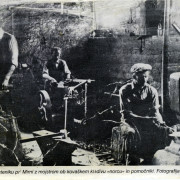 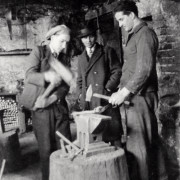